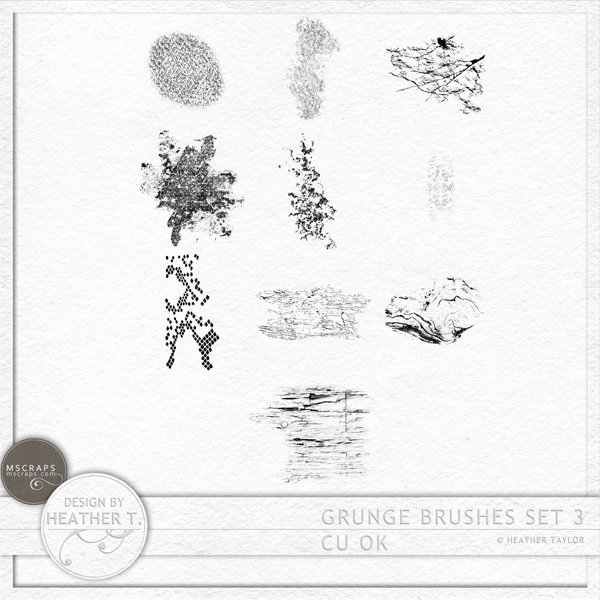 A couple of layouts from the crew:

By Lisa (when I first looked at this, I thought she hadn't used any of my stuff--but it's just because it looks so changed with all the brushwork. COOL!): 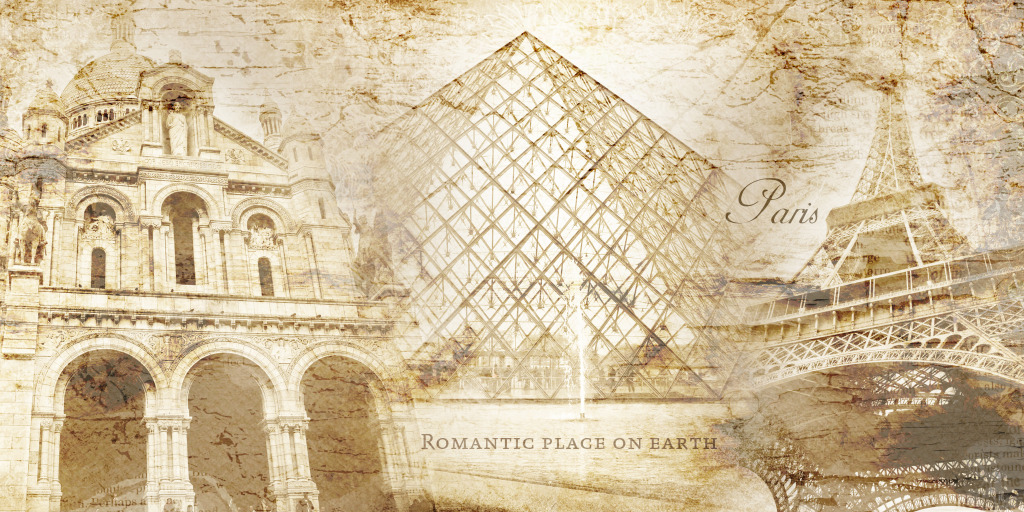 We watched The Yellow Submarine (by the Beatles) last night. GROOVY typography! And our little cat Lily is getting an endoscopy and biopsy of the duodenum today, poor sweetie. She has pancreatitis, and we're trying to figure out the best way to help her... 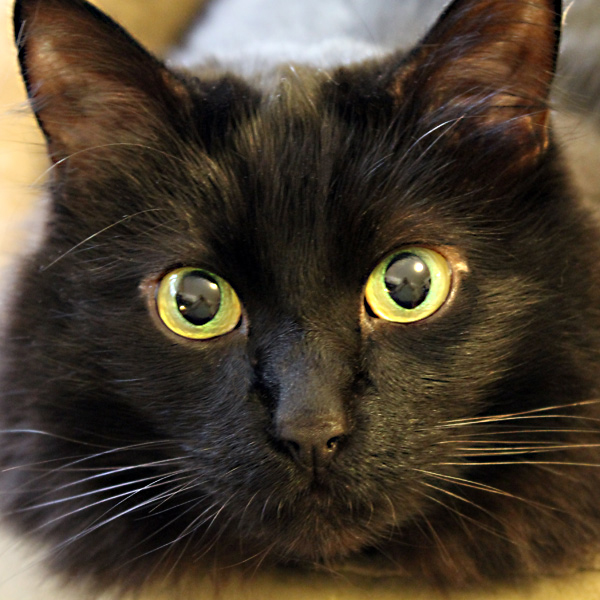 Hope you guys have a wonderful weekend!!
Posted by Heather T. at 12:03 PM 1 comment:

Look! Look what Julie (MaggieMae) made with my AlphaStickers!!! Isn't that just adorable for littler kids? (And maybe a sweet big kid or two... ;)

Well, this kit's been a while coming! *laugh* I started making it several weeks ago, based on what I needed for some beach layouts, then any time I needed an extra element, I would add it in--and it's made a really cute kit with some awesome layouts from the CT crew! Of course, it's also 20% off till Monday, @ MScraps. 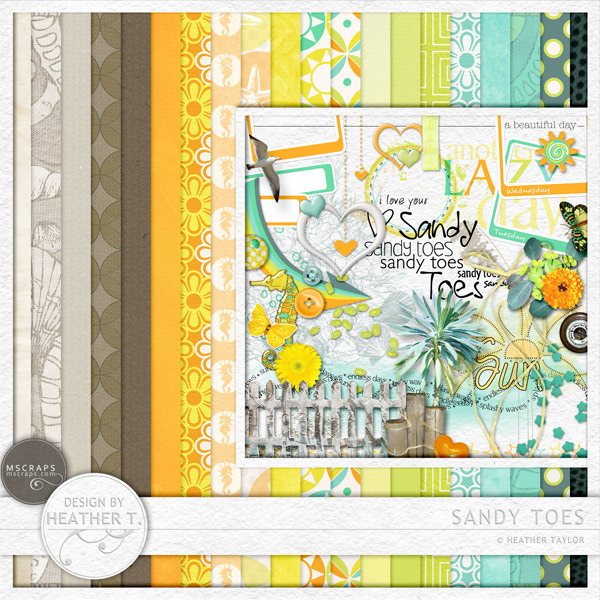 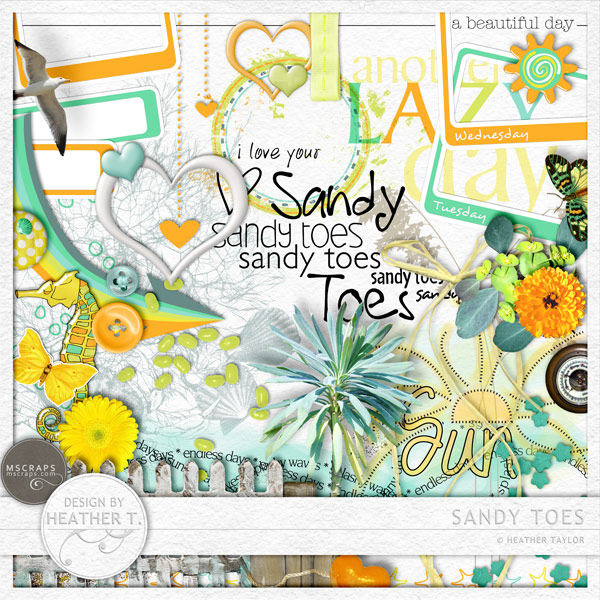 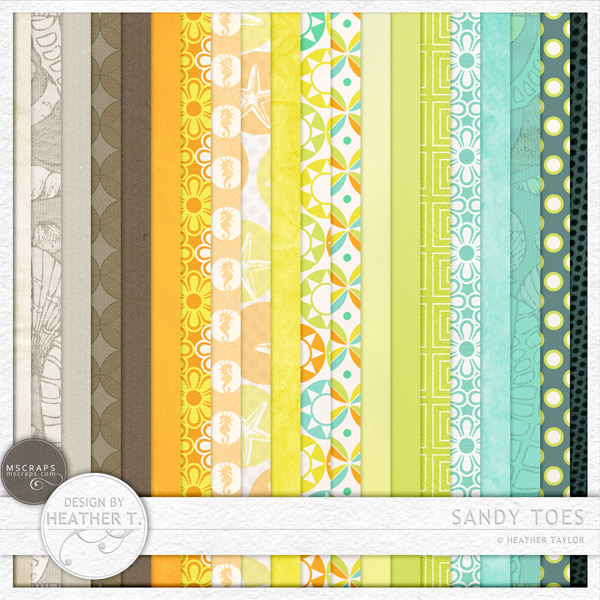 The frames, with days of the week, and plain, are included with the full kit, but available separately as well: 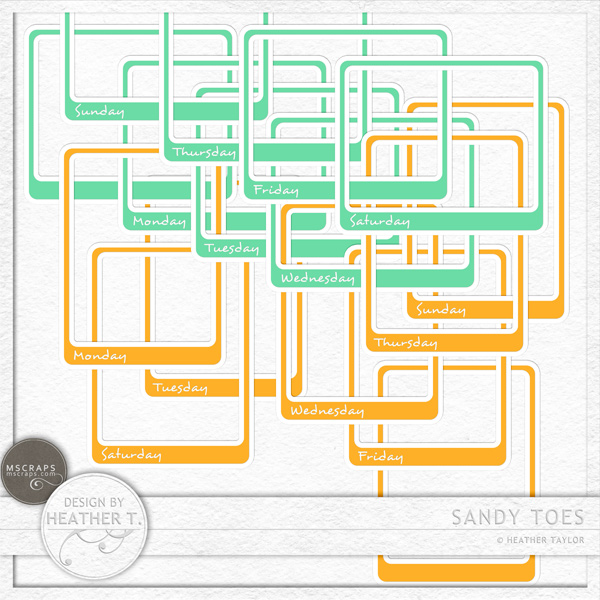 And my oh my, look at these gorgeous layouts! I hope you all have a wonderful weekend! If I'm going to get any sandy toes, it'd better be today, as the weekend promises rain for us...
Posted by Heather T. at 11:37 AM No comments:

So remember when I said something about my first lesson learned with the Silhouette: don't cute insanely intricate shapes? This is all I salvaged from my original bamboo stamp at Art Neko: 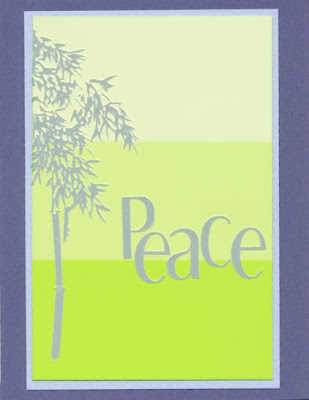 The font is Dream Orphans, and that was cut on the Silhouette too. It -was- a rather thin cardstock, but still--ridiculous! *laugh* Oh well, live and learn. Oh, and the background is one of those paint swatches I picked up at the local Fred Meyer's (large grocery store or small department store, depending on how you look at it).
Posted by Heather T. at 5:13 PM No comments:

I finally made the move, and my long-coveted Silhouette SD arrived today, whereupon I wasted spent the rest of the afternoon and evening trying to find the best match between the two of us. I learned a lot!

1) Don't try to cut out your very delicate rubber stamp designs unless you're doing it on copy paper. (I haven't tried the latter, but trying it on cardboard sure didn't work out.)
2) Very finely disected cardstock leaves a WHALE of a mess on those sticky mats.
3) However, they're kind of like Tack'n'Peel, in that you can just rinse them off with cold water (just rub the paper bits off with your fingers), shake the mat off a bit (meanwhile making that thunder sound and freaking out the dog), then hang it up to dry by a corner. The sticky came -right back- as soon as the mat dried. Phew!

I love the machine! As a bonus, it makes the coolest little musical arrangements while it cuts. Allen described it as something between jazz and rock. =)

So, after I'd finished futzing about, I finally just broke down and used a "Nested Sunflower" pattern (nested_sunflower_3d_C00307_21585) that I'd picked up with my $10 card that came with the machine, and cut out 3 of the patterns (which take up a full sheet of cardstock) in less than 3 minutes. Wahoooooooo! Then I put it all together, though I made it a bit more fancy than they did. 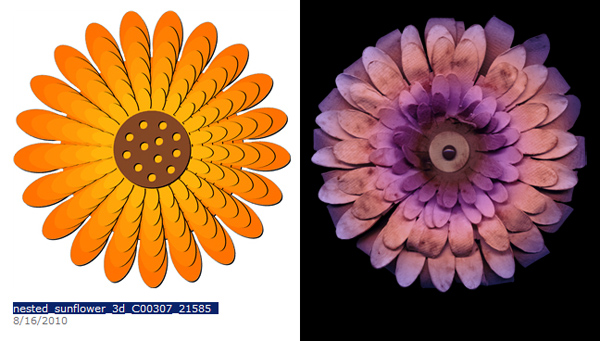 And then I thought that just to honor the occasion, I'd make you guys a freebie--a tiny-kit. =) (Just click on the picture below to download it) 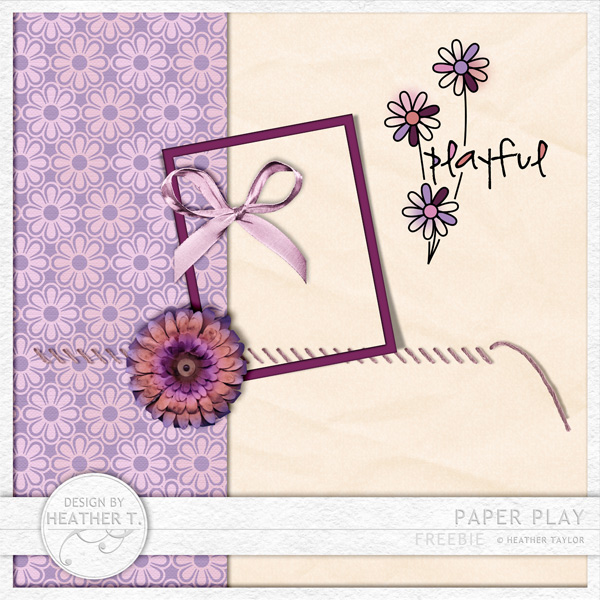 I look forward to making LOTS more stuff, and I hope you'll enjoy it!
Posted by Heather T. at 12:13 AM 14 comments:

Two things of mine are half off TODAY:

We went to the stables today for Allen's 4th riding lesson--playing around with my new camera! 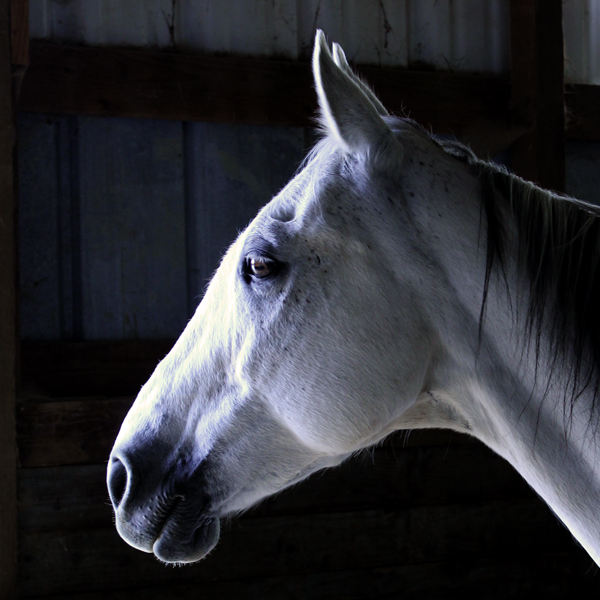 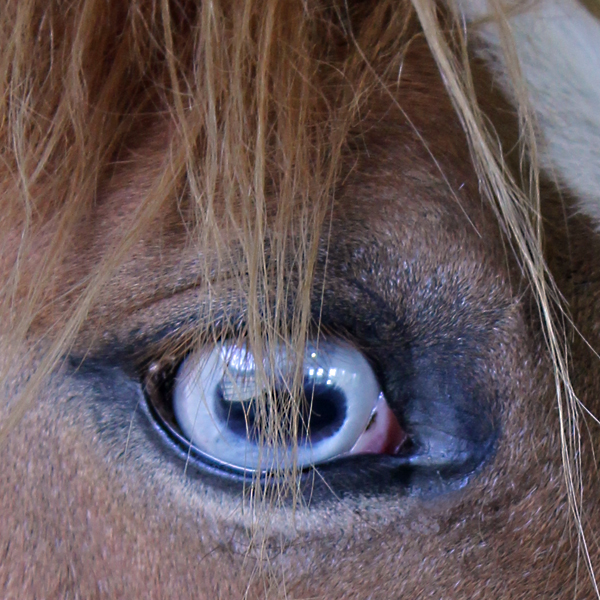 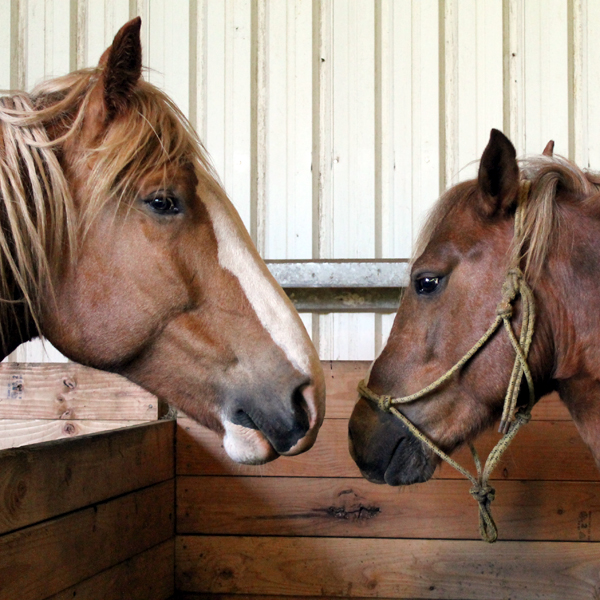 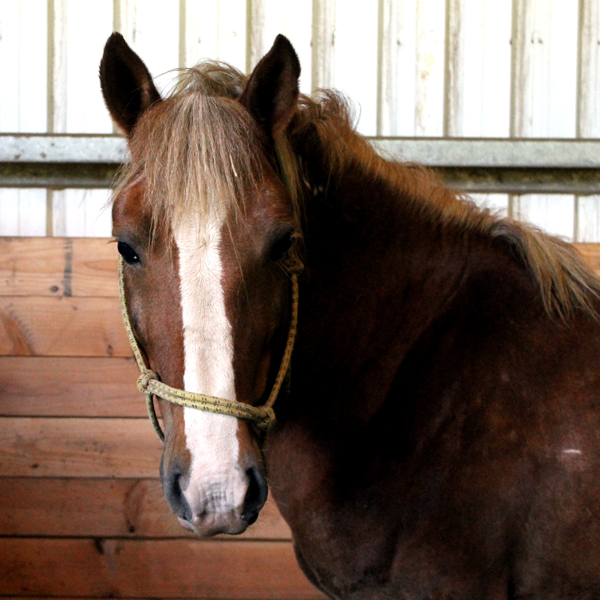 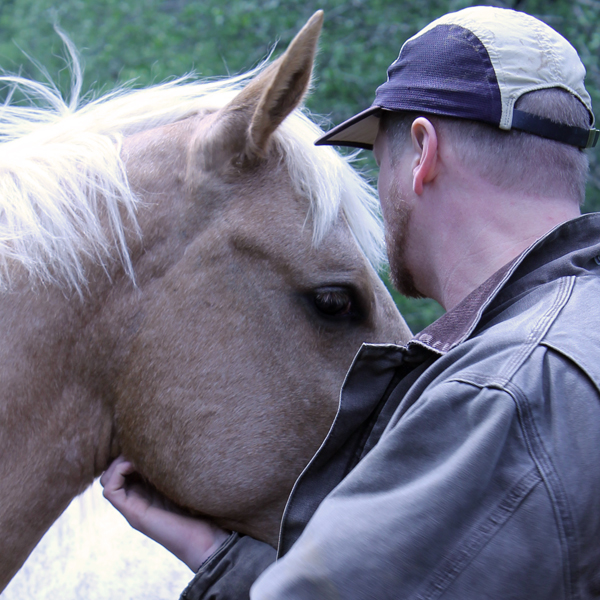 Short and sweet: just a new stitched alpha @ MScraps yesterday (but Blogger wasn't working, so you're only seeing this post today!):

Made a layout with it today: 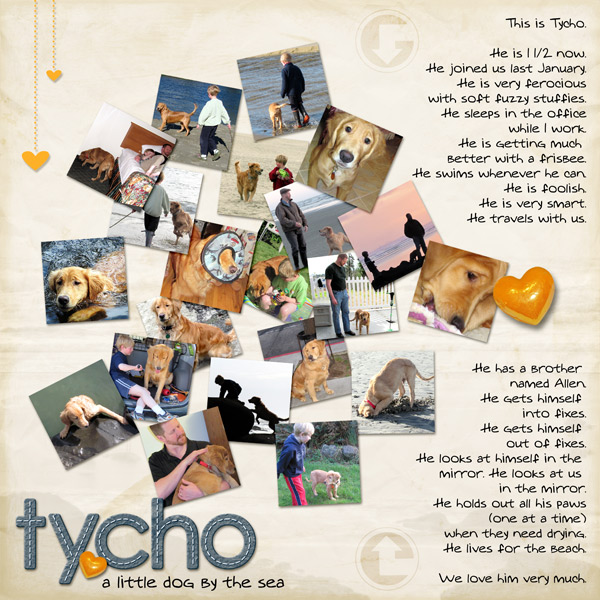 And my crew have a couple of sweet ones as well!

Hope everyone has a wonderful weekend! I'll be out and about taking lots of photos... (mwaaaaaaaaahahahah)
Posted by Heather T. at 9:49 PM 2 comments:

So today we were supposed to get the corner couch, and the wall unit. I guess one out of 2 isn't bad, eh? Here's the wall unit, which is awesome: It's of course not in its final state, but we love it so far! The cats love it too--they have their own special little tunnel on the shelf behind the books. It's so cute!

The couch... was built in the mirror image of what we'd ordered. Which we only discovered once the poor guys had virtually dismantled the front door to get it in, then assembled it and everything. So, back to the store it went. Since it was specially built for us, I hope they can sell it off! I guess we get to wait another couple of months for the right one to be built... =/

And over Mother's Day weekend, we were up in Portland for another of Eddie's conferences. I took Allen to the Children's Museum. I was playing "patient" in the fake ambulance they have there, and as I was rising from the dead my camera fell to the floor, whereupon it perished in the final throes of bashedness, alas.

I'd *almost* saved up enough money to buy a new one, so frantic consultations were made with my online photographer buddies, the camera was located at a nearby Fry's, and then Eddie said it was my early birthday present! WHOOOOOOOOHOOOOOOOOOOOOO!!! It's a Canon EOS Rebel T3, and I'm having the best time trying to figure out what the best settings are... After shooting pictures at the beach tonight, I determined I definitely need a zoom lens. The point-and-shoot was very grainy, but you could get up pretty close and do some nice face shots without being right IN the face (practical for little boys who give you the cold shoulder as soon as they realize you're taking pictures of them!). On the other hand the quality (when I get the settings right!) is just amazing! I also would love to get a dedicated macro lens for up close photos, although the ones I can take with this lens (the kit lens, 18-55mm [whatever that means--still haven't really figured things out yet!]) are pretty darn fine! And I need a chamois or something to wipe down the camera and lens after being on the beach. And I need a dust blower already for the lens itself! But all in good time... Thank you honey for my magnificent present, once again!!!
Posted by Heather T. at 10:50 PM 4 comments:

I hope you enjoy all of the fabulous gifts that the MScraps Creative Team &  Designers have prepared just for you. You should have come here from Erica's blog. 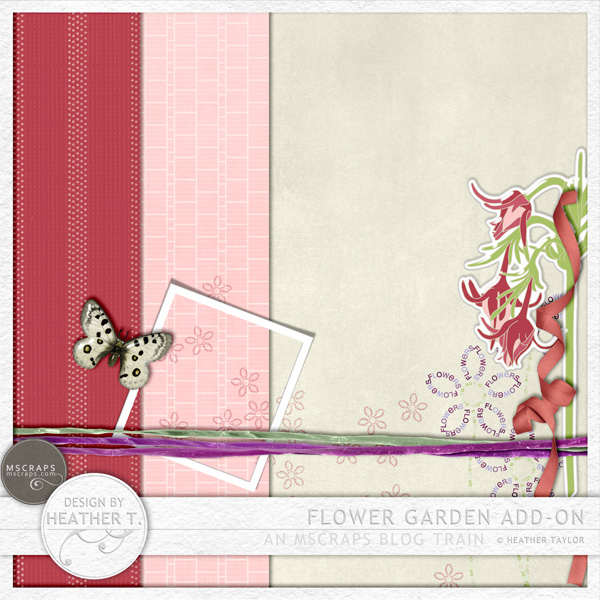 Now head over to Helen's blog to collect your next gift.


Thanks so much for stopping by! I hope you have a FABULOUS INSD!
Posted by Heather T. at 10:10 PM 24 comments:

That's right--for INSD everything of mine is 50% off! Plus I have some gorgeous papers for sale--Simple: Colors (also sold singly) are paper packs with 10 solids apiece, each grouped by color, each of them UNIQUE! 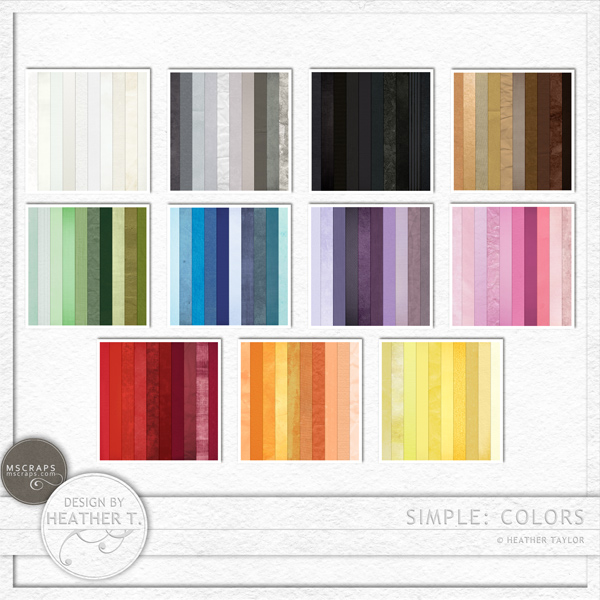 Here are some awesome layouts featuring these papers: 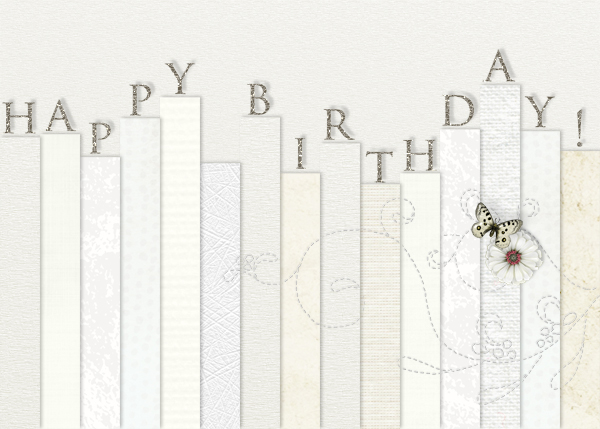 I hope you have a wonderful weekend and have tooooooooons of time to play--Happy Mother's Day to those of you in the US, who are mothers and grandmothers and great-grandmothers!
Posted by Heather T. at 2:43 PM 1 comment:

With Christmas in err, May--my Cozy Warm Christmas kit is 50% off today!

I also have just put in quite a few kits and element packs in the Retiring Soon section--these will be out of circulation by the end of May. And those too are 50% off!

So head on over to MScraps and get away with some cheeeeeeeep-o stuff! ;)
Posted by Heather T. at 3:54 PM 1 comment: